Data Analysis of Wizkid's "Made In Lagos"

I decided to analyze Wizkid's (relatively new) Made In Lagos album to see if there were any interesting things I would find. The analysis is broken down into 2 parts: Audio and Lyrics. The things being stated below are mostly my opinions and things I inferred from the data I found.

I looked at the audio features from the Spotify API. These include “danceability”, “valence”, “loudness”, etc. For a full list of features and their meanings, check out the Spotify docs here. 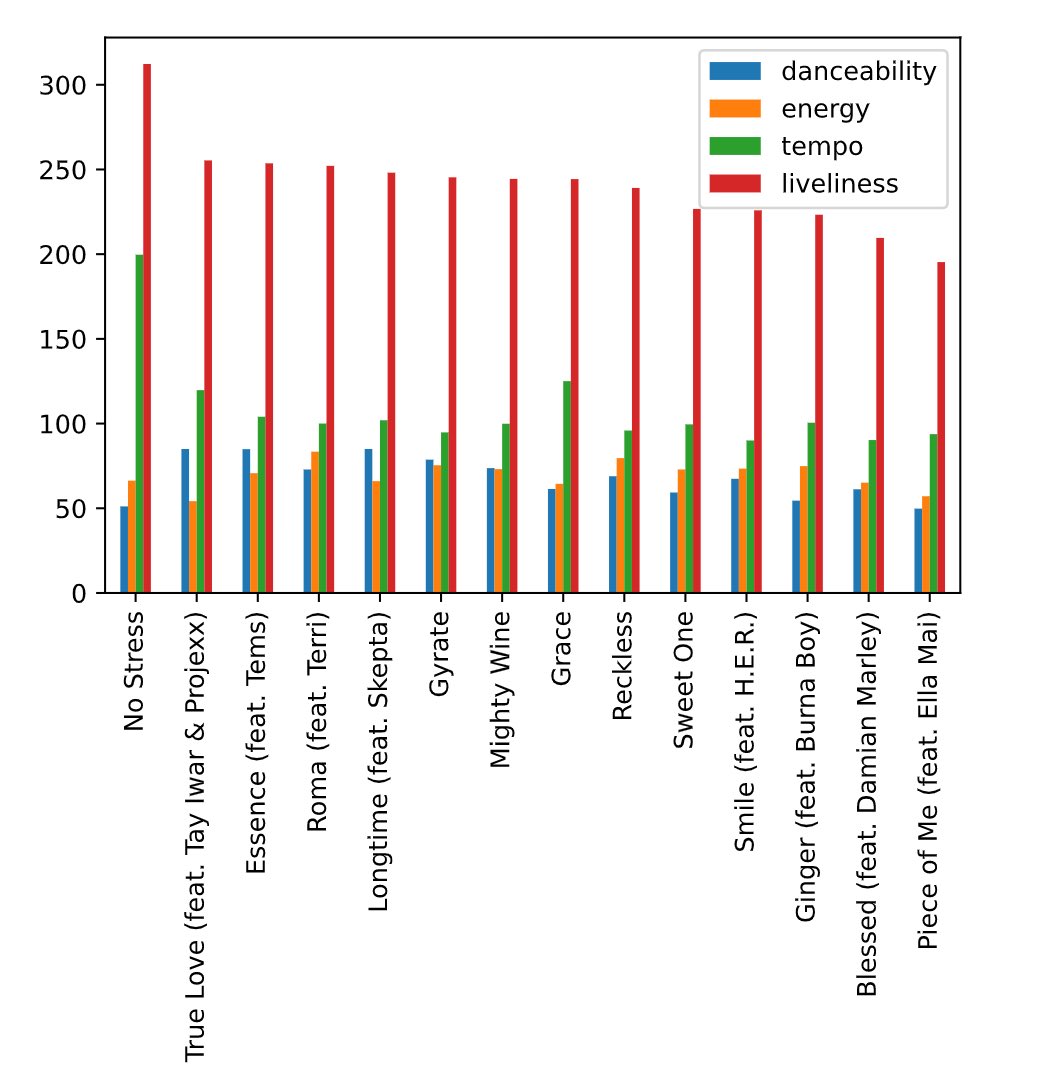 Here is what I found by analysing the lyrics: